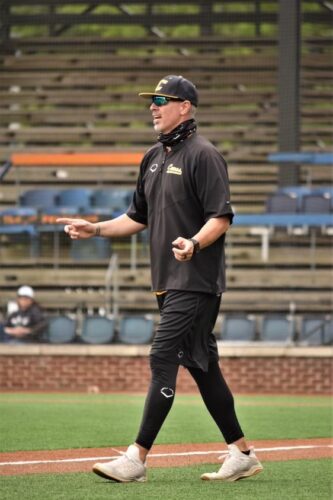 Sammy played at Stetson University (1996-1998) where he was a
1st Team Freshman All-American (1996) and 1st Team All-American (Consensus 1998).
He was drafted in the 2nd Round of the 1998 Amateur Draft – San Francisco Giants – 68th Overall Pick. He retired in Spring Training of 2002 due to a shoulder injury. Sammy has coached at the college level and has served USA Baseball in various coaching/evaluating roles since 2008. He has coached over 25 catchers that have been drafted and played professional baseball.